Pipes Used in Your Plumbing 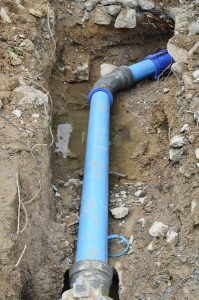 We don’t often think of the pipes in our plumbing system. Unless you’ve watched a plumber work in your home recently, you may not have any idea of what kind of pipes are used in your home. On top of that, a plumber will use a combination of different pipes depending on how it’s going to be used. Some pipes are better than others for various reasons.

In this post, we’ll go over various kinds of pipes that may be installed on your property.

Depending on when your home was built, the plumbing system is going to match the era. A house from 1900s will use lead, while a house before 1970 may use galvanized steel. Unfortunately, both of those pipes are no longer safe to use in homes. That calls for repiping.

A few of the preferred kinds of piping used in homes and main water lines include:

The sewer line is what transports your wastewater out of the home and onto the sewer. These lines run underground and need to resist shifting soil and tree roots. Often, the reason that sewer lines burst and need repair is because they’re made from older materials that are beginning to break down.

The pipes used in sewer lines are different than those used in the home and in the main water line. Some of the piping you might find in a sewer line includes:

For more info on your plumbing system in Santa Barbara, CA, speak to one of our experts. Contact Husted Plumbing today.