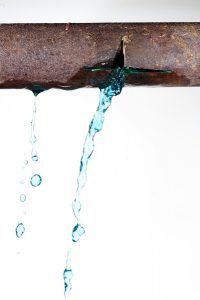 You might not realize it, but some plumbing problems are fixed by simply redoing things. For example, when your pipe springs a leak, we don’t put a patch over the pipe and call it a day. We replace the entire pipe! Of course, since it’s a brand-new pipe, you can be assured that it won’t have issues until at least another couple decades.

In some cases, it’s best to redo the pipes in sections, and sometimes through the entire home. This is what’s called repiping. It can be a big job, but if you get it over with once, you shouldn’t have to expect to do it again for a long time. Below are some possible reasons you might need repiping.

A high monthly water bill is not the definitive way to tell if you need repiping, by any means. However, a high water bill is usually the first indication for a homeowner that something is wrong with their plumbing system. Not all leaks are noisy or noticeable, so it might not be until the water bill comes in that you notice anything at all. So don’t take your water bill lightly, because it may be the first clue leading you to fix your plumbing problems—the need to repipe being one possibility.

Having a plumbing leak a couple times a year is not a big deal. If you find yourself calling for leaks a couple times a month¸ though, that’s a different story. The problem here is that your pipes are most likely all degrading at around the same time. It could be due to corrosion (more on that later) or age.

Fixing every individual leak will eventually outweigh the costs of repiping, and you’ll also have to take into account all the risks of water damage that come with leaks. If that’s the case, it most likely means that your whole pipe system—or at least a large portion of it—should be repiped. Regardless of the outcome, calling a plumber in Santa Barbara, CA to inspect the system sooner than later will cut down the costs of future plumbing needs.

If you turn on your faucets to find the water is coming out at a low pressure, it could be due to corrosion.  There are many possible reasons that corrosion is appearing in your pipes.

Do your pipes need to be changed? We can help you find out for sure! Contact Husted Plumbing, a plumbing company family owned and operated since 1935.