Why You Need to Have Old Pipes Replaced 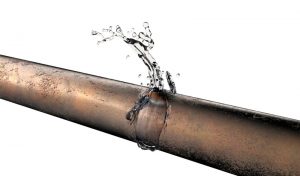 When you moved into your home, you looked over the entire house. You made sure the bedrooms, the kitchen, the bathrooms, and all the other rooms would be a good fit for you. Of course, you also looked to make sure there was no damage to any of the walls, floors, or ceilings. Thoroughly inspecting a home takes dedication, but there’s one place where even the most well-trained eye can’t see: the plumbing.

If your home was built decades ago, there’s a possibility that you’re living with an outdated plumbing system. Even if the water seems to be coming out of the faucets just fine, it’s important that your plumbing system’s pipes are up to date. Allow us to explain.

They’re Bad For Your Health

Through the last hundred years and more, plumbers have used various kinds of piping in plumbing systems. Each time one of those pipes got replaced in favor of a new kind, however, it was usually due to one thing: that pipe was discovered to be bad for your health.

Lead pipes were commonly used in the United States until the 1920s, when the toxicity of lead was discovered and acknowledge. However, some plumbing still used lead solder in its pipes until the 1980s.

The most common threat comes from galvanized steel, which stopped being used through the nation by the 1970s. Once again, lead was the problem. Galvanized steel was found to contain enough traces of lead to prove toxic for human consumption.

They Can Ruin Your Newer Piping

Continuing on the note of galvanized steel, another big flaw with these pipes is how they react when connected to copper piping. When the two metals are connected together, they can form a type of corrosion that gradually eats away at the copper.

Modern plumping in Santa Barbara, CA uses many different kinds of pipes, but copper piping remains the most versatile and commonly used. Any additions to your plumbing system will most likely be done with copper piping, so it’s important not to have any galvanized steel in the system already.

Aside from the toxicity of older pipes, there’s also the simple fact that old pipes will fall into disrepair. After enough time has passed, various factors can wear down pipes to the point they become unusable.

Is it time to have your pipes replaced? Contact Husted Plumbing today to find out.